"Fashion  designer Yvonne worked with The Fool for years, making samples and manufacturing for them in a workshop in All Saints Road a few minutes walk from where The Fool also had workshops. Later on she then set up her own Punk design company.Box Number in All Saints Road," Myrna.
Yvonne's story - Notting Hill Carnival – Fire and Riot 1987 - The Front Line on Saints Road ​
It was August bank holiday Monday 1987. ‘The Notting Hill Carnival’ blasting out the reggae sounds everyone was happy and the day was hot, hot, hot.  Doie my partner and I were setting up our stand in Olympia. We were doing the  ‘British Designer show In High Street Kensington,’ Putting the last details to our name on the front of the stand, ‘ Box Number‘ we were called and thought at that time ‘Box Number’ was a trendy name our clothes were on the very edge of street fashion.  Buyers were coming from all over the world for the event. Doie and I were taking about thirty samples to the show.
Would we break even, had we chosen the right fabric, will they like our creations? Joking, laughing, getting all our samples out of the bags displaying them on the rails.
It had been a long hot day it was soon time to pack up. I looked to Doie she was on the ladder hanging one of the dresses on the wall.

I turned round to see two policeman standing there
"You’re Box Number aren’t you?" one of them asked.
Fame at last I thought, what on earth would they want with us, I froze and so did Doie.

"I’m afraid there’s been a slight fire you will have to accompany us to your shop".
Stopped in our tracks, shocked, never asking them any details we fell into their step and walked behind them. I thought about the girls we employed at the factory. The girls had worked hard getting the samples together ready for the big show. We employed around 5 people at that time and were al self-employed, they had children and worked part time for us, all lived close to the factory.
Each of us in our own thoughts not remembering getting into the police car or the journey I finally came to when the car turned into Westbourne Park Road.
People sitting on walls reggae music pumping out, the Carnival was at its height.  So many people selling food, front doors open and every one was dancing in the streets.
The police car crawling along through the crowd. People ducking and diving in front of the car.

We finally got to the end of the road, the corner of All Saints Road, just outside the Mangrove restaurant. (The Mangrove was a Caribbean restaurant located at 8 All Saints Road, Notting Hill, west London. It was opened in 1968 by Trinidadian community activist and civil rights campaigner Frank Crichlow).
We were then handed over to a sergeant who said,  “So you’re Box Number?”
We both nodded.
“Now I want you to walk slowly down this street with these two police officers. I want you to smile, if anyone asks you to dance, you just dance.  The same goes for you two lads ok".
"Yes Sir".

“We don’t want to upset anyone at this late stage of the Carnival do we.”
Doie that’s my business partner and I took our time slowly walking through the crowds of All Saints Road. The street was heaving with people the sound of the music blasting out of the sound systems. The two police officers danced with every one who put their hand out as we went along the street. We smiled even though we were very upset. It was like we were frozen in time.
When we got to the front of our shop, a young policeman, everyone around him was dancing, stood arms folded, legs apart guarding the shop door which was on the floor; he guided us through the entrance.

It was the smell that hit me first as we walked through into the long dark narrow hall.  I turned to the left the inner door was open I saw the blackness of everything the sewing machines, the cutting table, the dress patterns on the wall and the phone.  It was like as if one had sprayed a cobweb over everything, a stage set ready for a play, nothing had been touched the scissors still on the table. I walked out of there back into the hall down two steps no door on the basement the stairs burned charcoal. Beside that door was a toilet it was smashed with bricks in the cracked bowl. We found out later that the firemen do that if it’s a bad fire so you can’t go back to the premises to work or live in it.
Doie and I walked through to the back garden; we just sat there not saying a word.

The pub next-door ‘The Pelican’ the landlady Rose brought out trays of Guinness put them on the wall and said,
"They phoned the Fire Brigade at 2:30pm, the answer they got".
"You must be joking love we’re never going to get down that street now".

News was spreading that the owners of shop ‘Box number’ had turned up to see the damage.   Rose still kept bringing the pints she got two builders from the pub to fix the front door. The police heard about the Guinness and one by one they came into the garden there must have been around 10 of them. You could not have met a nicer bunch, enjoying their Guinness, telling us they had come from different parts of the country to police the carnival and were delighted to be in London.  Doie and I were very flattered to have so many policemen in our back garden and boy were they thirsty. When I look back to when it all happened I think they were genuinely sorry for us.

Then dust began to fall and we all heard a loud bang.  Instant reflex garden cleared in seconds, over the wall Doie and I went into the Pelican Pub, bottles flying at the pub’s boarded windows that were put there for the Carnival.
Rose shouts,
"Everyone upstairs".
Doie and I forgetting all our troubles rush to get upstairs. We were all kneeling down just looking over the brow of the window. The Devonshire dairies shop on one corner all lit from the helicopter hovering over All Saints Road. You could see the police linked arm to arm on the other corner where the Pelican pub stood.
We were trapped inside for three hours or more. It was a frightful site a war zone. When it was all over the police knocked on the pub door.
Rose with open arms let them in; poured a few pints and then one by one they came in looking tired.

They arranged for Doie and I to be taken home in a squad car. It had been the longest day of our lives.
The next day the area was in a bad state, glass littered the streets, everyone helping one another.

How the fire started in Box Number
We found out later that it was young lads trying to get electricity for their sound systems which started the fire, one of them dropped a cigarette under the basement stairs of the factory where all the rolls of fabric was stored.

Insurance Claim - A Riot or Not a Riot
We had to wait until the government decided if what happened was a riot or not, if it was a riot, the insurance would not pay out.

The next day News Reporters came to All Saints Road to put a slur on the police but we couldn’t say a thing against them.
We got the insurance in the end.

We managed to do the British Designer show the next day what I mean is Doie did the show and I sorted out the ‘Loss adjusters’ to do with the insurance of the premises, ground floor and basement. We never got paid for the stock that we carried; also we had to replace some machines.
We were all back at work the following week. We did very well from the show with all orders to be finished by Christmas.

After 13 years of working in All Saints Road we never had any trouble; the street became known as The Front Line; it was time to go.

The experience changed my life.  Doie and I split up the following year, I was going through a divorce, and we went our own ways. I moved to Brighton and I stayed there for a couple of years but I missed London.

I didn’t realise the ethnic community in and around that area had affected my life. So many different people each speaking their own languages. The happy spirit of the community that’s what I missed.  Inner London has a soul I’m glad to be back and to be part of that.
​
All of us at that time were self-employed. We were such independent women; we all felt so free. Box Number had a great spirit.
(C)
Here are some of Chris Reed's photos (C) of Yvonne's company she set up after working for The Fool 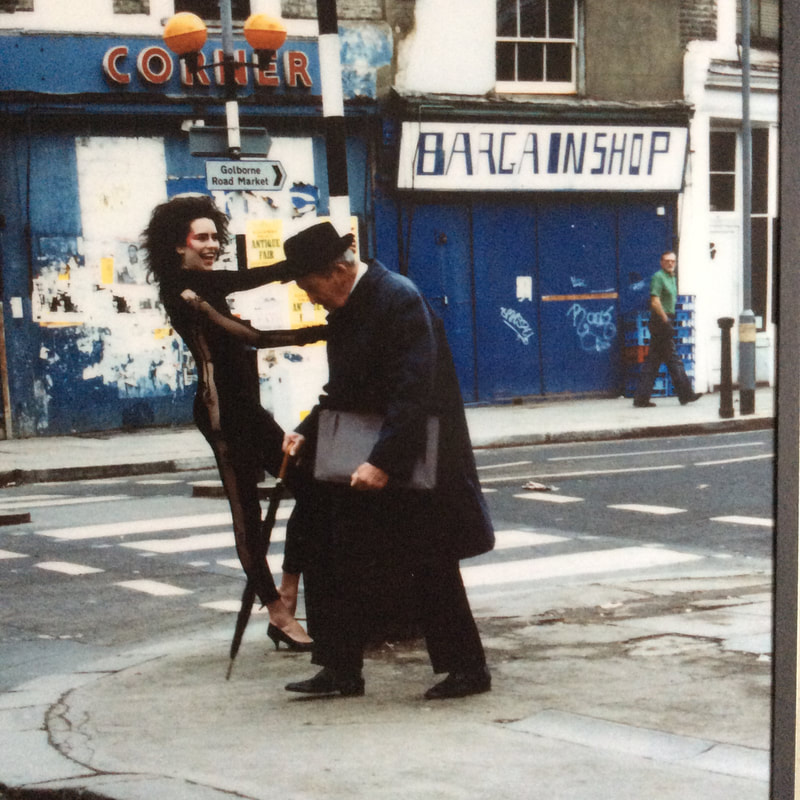 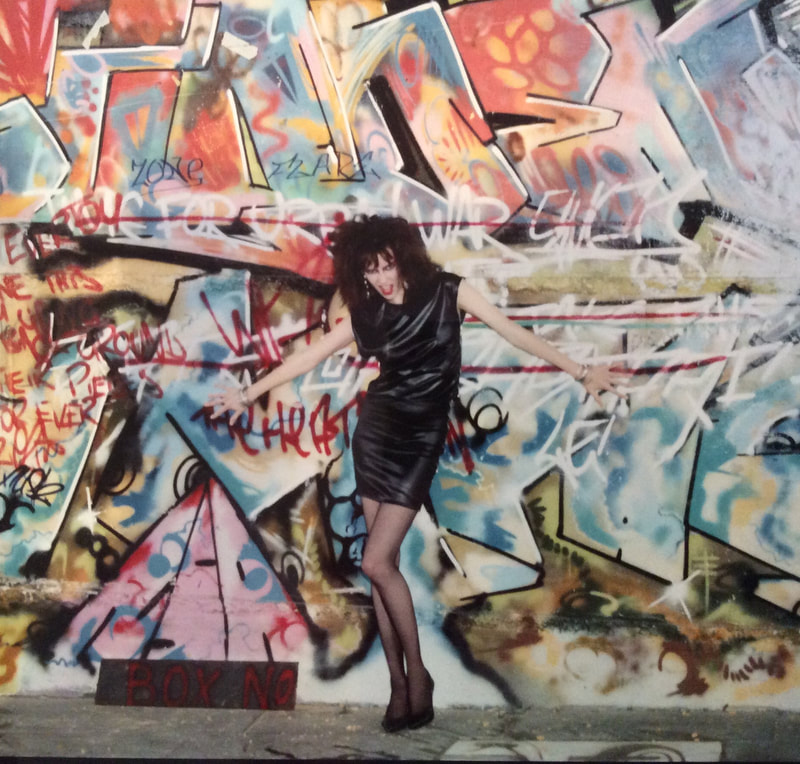 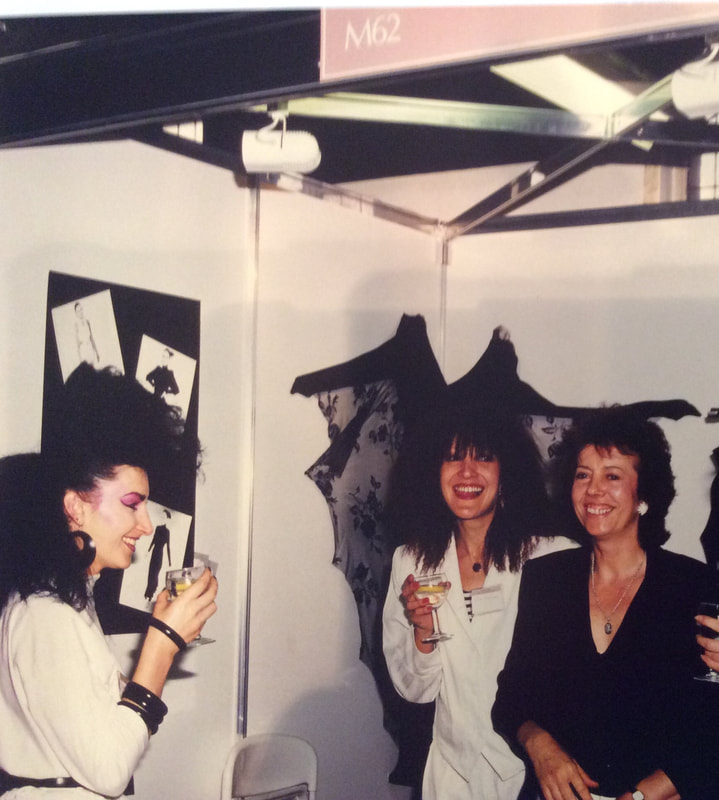 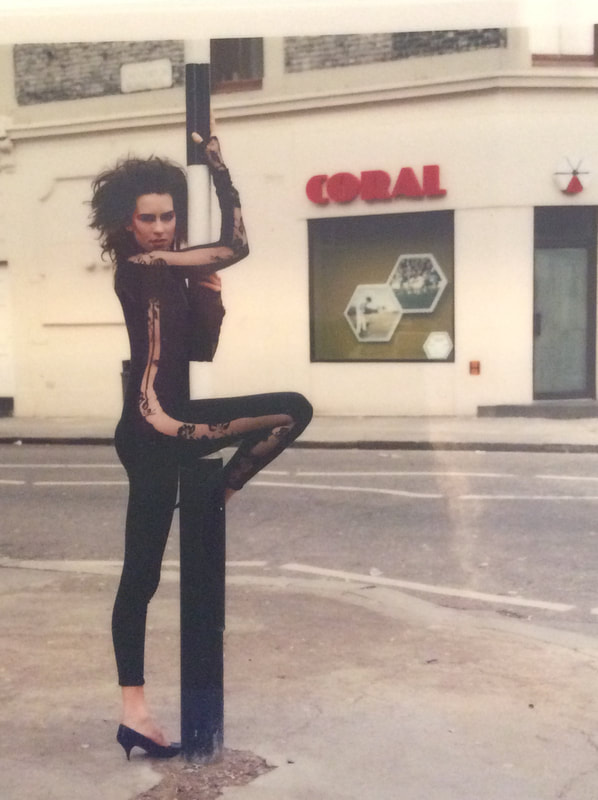