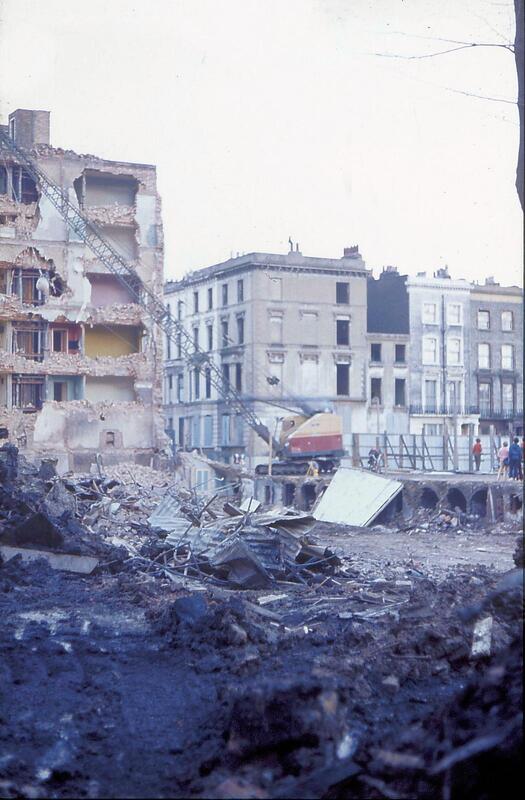 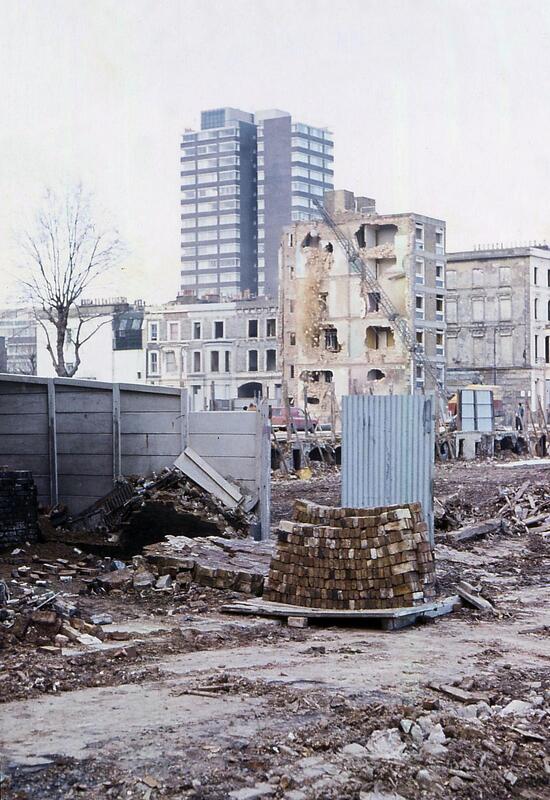 After the widespread demolition of Victorian and Edwardian houses council estates sprung up and the area changed forever. 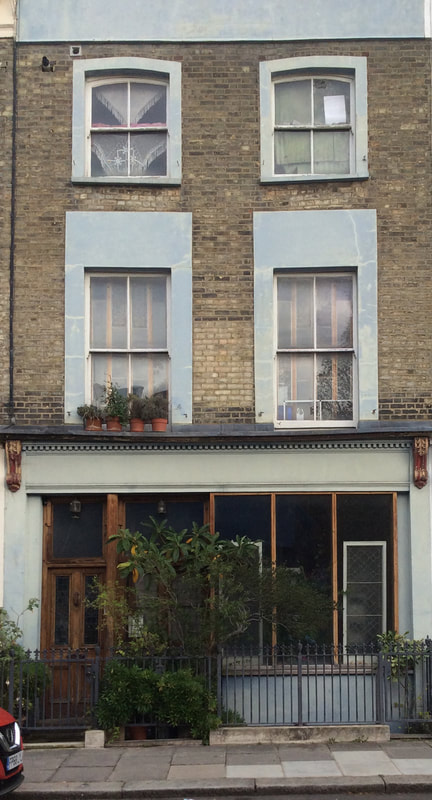 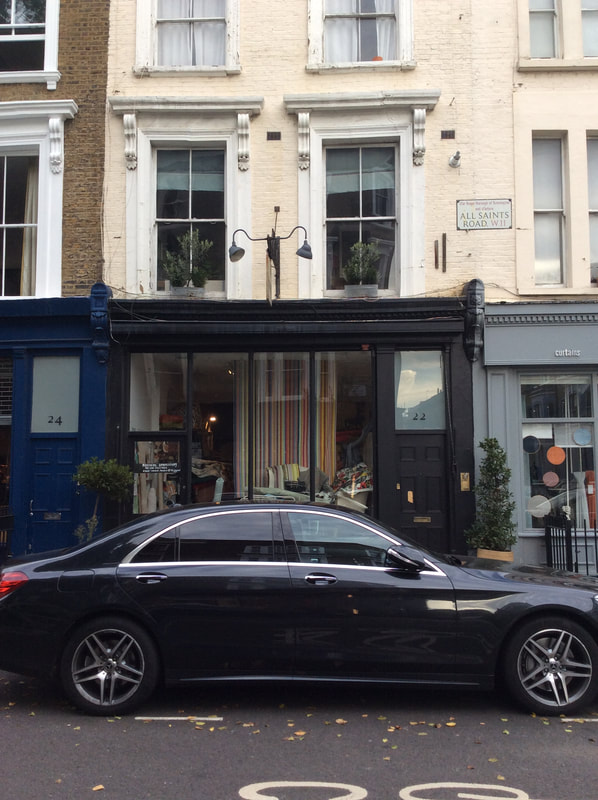 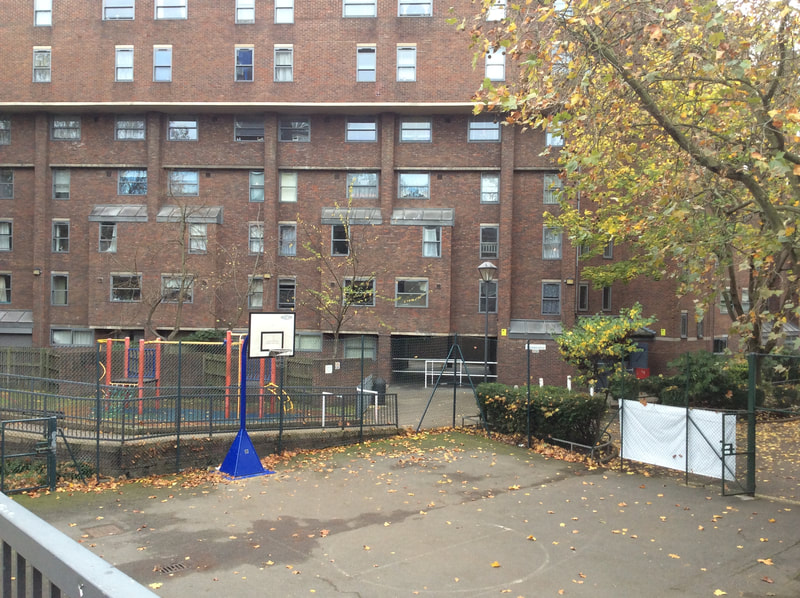 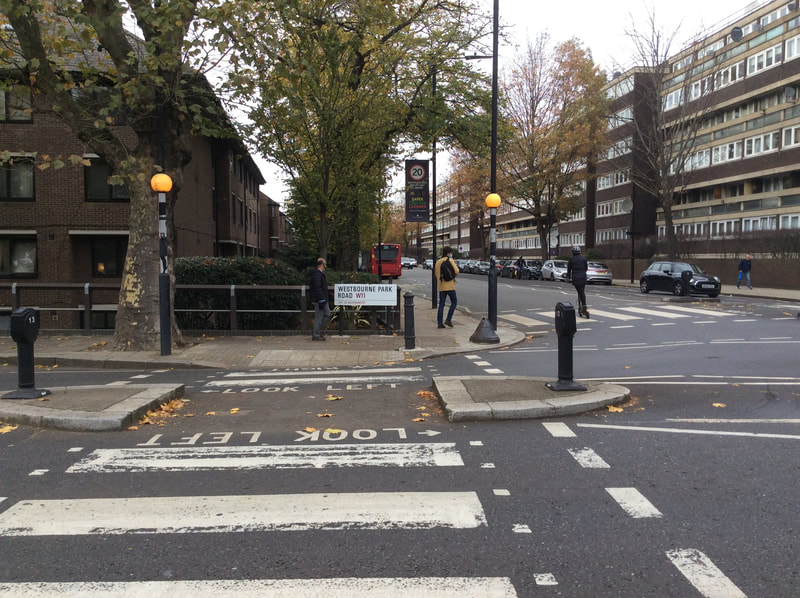 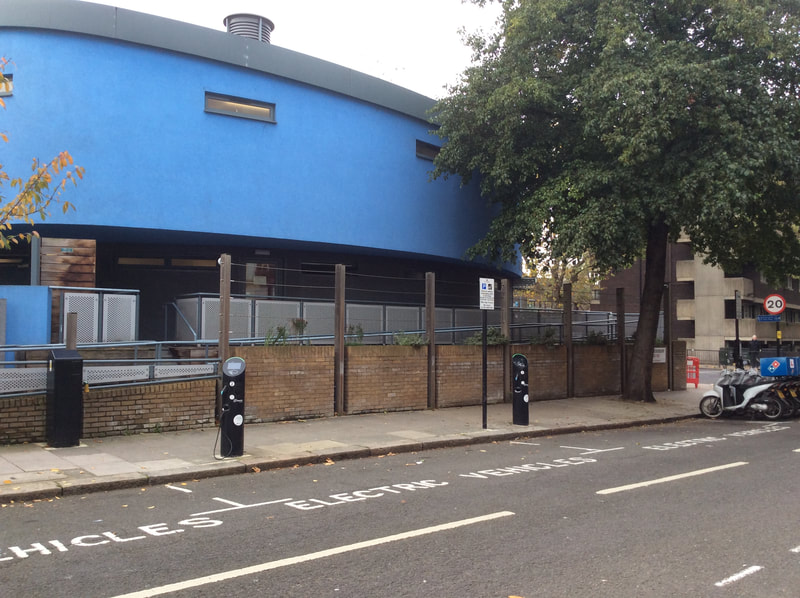 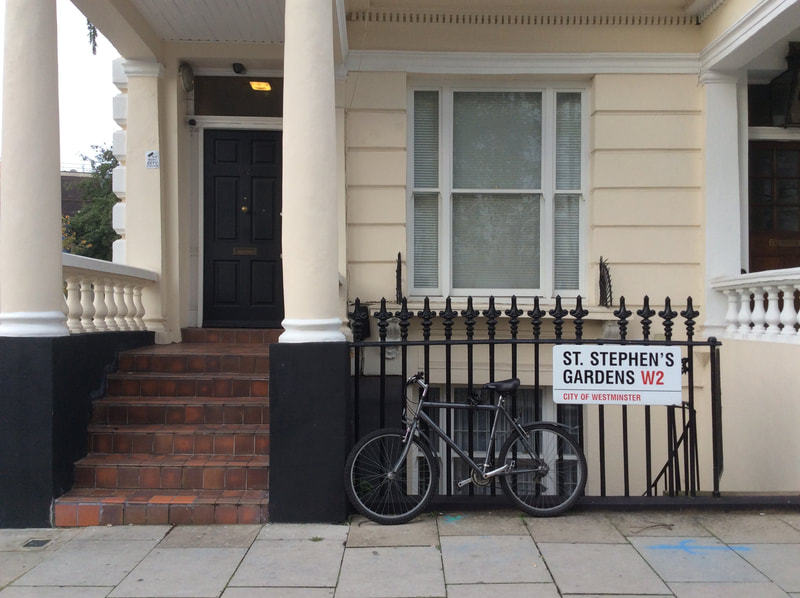 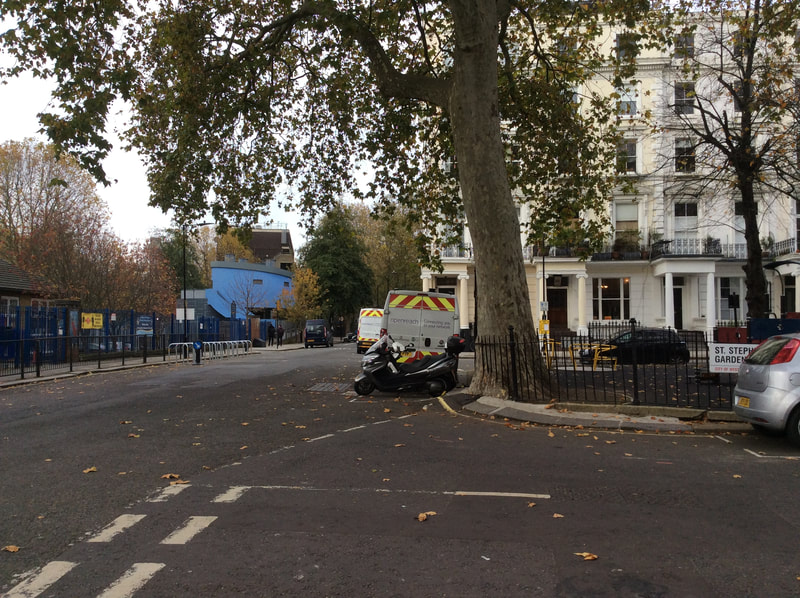 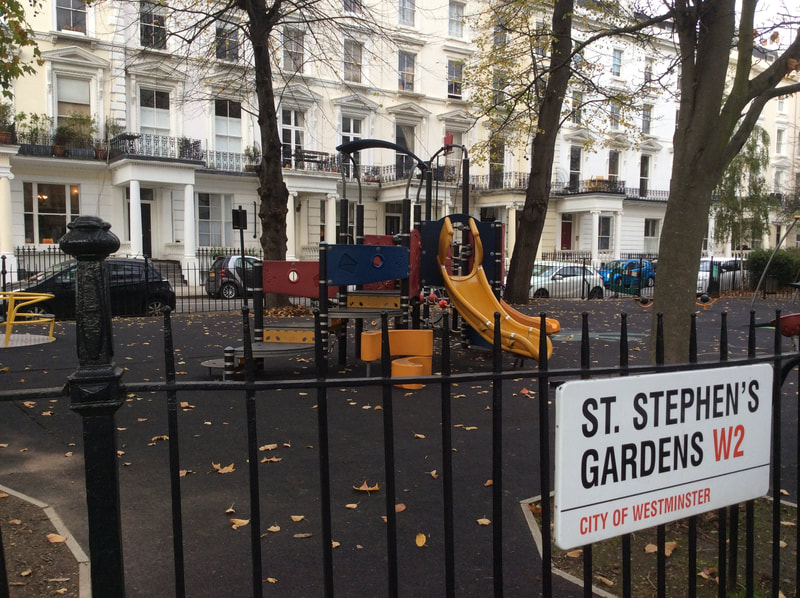 Ruti Aury and Myrna with their children first lived on Westbourne Park Road in a rented dilapidated house which was later demolished alongside hundreds nearby to make way for new council house estates.
​ "From the basement we had a workroom and then on the first floor we had a cutting table.  One day Aury dropped a wad of money he had withdrawn from the bank to pay the machinists who worked from their own places, into the mess of fabric cuttings.  By chance, about a month later.I bent down and there beneath my feet found it". Myrna
Myrna & Ruti - Opposite us on Westbourne Park Road were hippie community organisations that had sprung up.
Patchwork, The Bit cafe and Release. These community organisation's premises were also demolished. So a rich community of people's lives were ruptured and uprooted. One of the rare times we ate out was at the community non profit  BIT cafe for locals and down and outs. Myrna and Ruti volunteered to cook there.
Accommodation 1970s - Squats
Squatting is  uncommon today, but in 1970s and 80s in London squatting was a genuine option for many of those without the means to pay regular rent. Buildings were left empty, in unfashionable parts of the city that today would be worth millions and often councils turned a blind eye to their occupation. 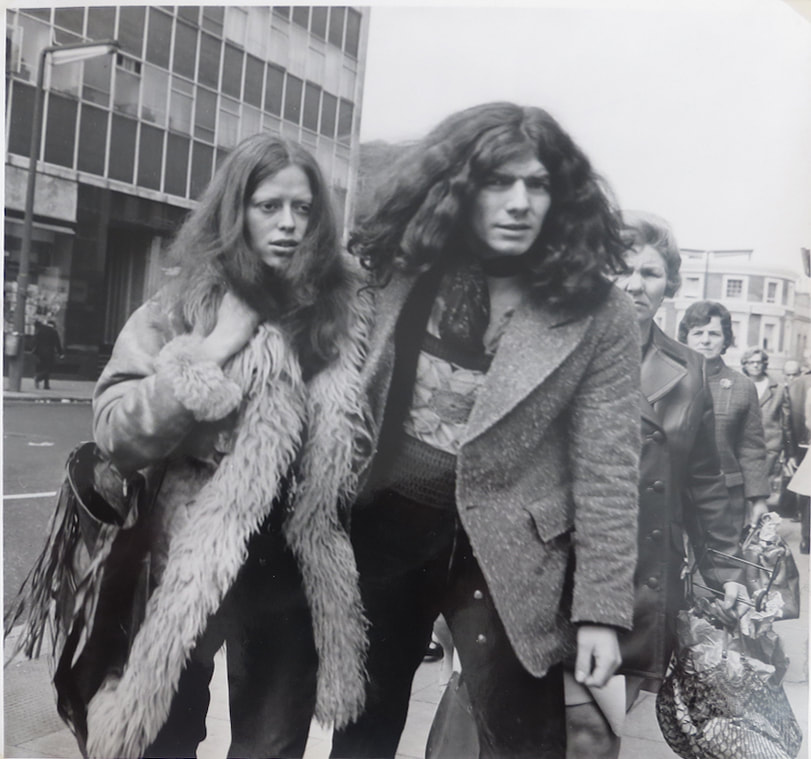 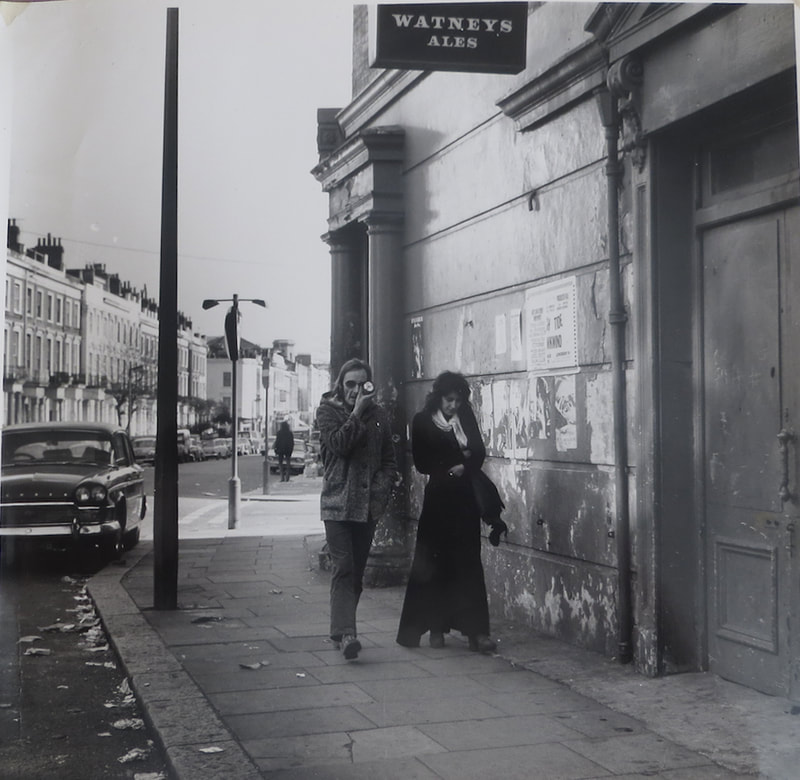 Photos Chris Reed 1970s (C)
Ruti - When we had to leave Westbourne Park Road as the area was being demolished we then took Shrewsbury Road over from a potter who rented the whole building again for an incredible low rent even for that time.
None of us were part of a consumer society. "Our kids clothes we got clothes from jumble sales, or they were hand me downs. There was a kind of pride in living simply. We furnished the place out from thrown out furniture left in the street or recycled. We didn’t go shopping. There wasn't a retro fashion trend. Beyond the current trend of Mary Quant and Biba who were the trend setters, we operated in a different way and mindset.
Peter Rachman bought his first property on St Stephen’s Gardens in the early 1950s, targeting newly arrived West Indian immigrants. Westminster council later acquired groups of run-down homes, rehabilitating some and replacing others with flats.
Westbourne Park was popular with hippies in the 1960s ​
Snippets of anecdotes
I remember many black guys going around in 1979/1980s with massive Afros with Afro combs in their hair. Or having a hair in braids and beads in their hair, N
Everyone seemed to have bad teeth, Donald
Yvonne - the riot that wasn't 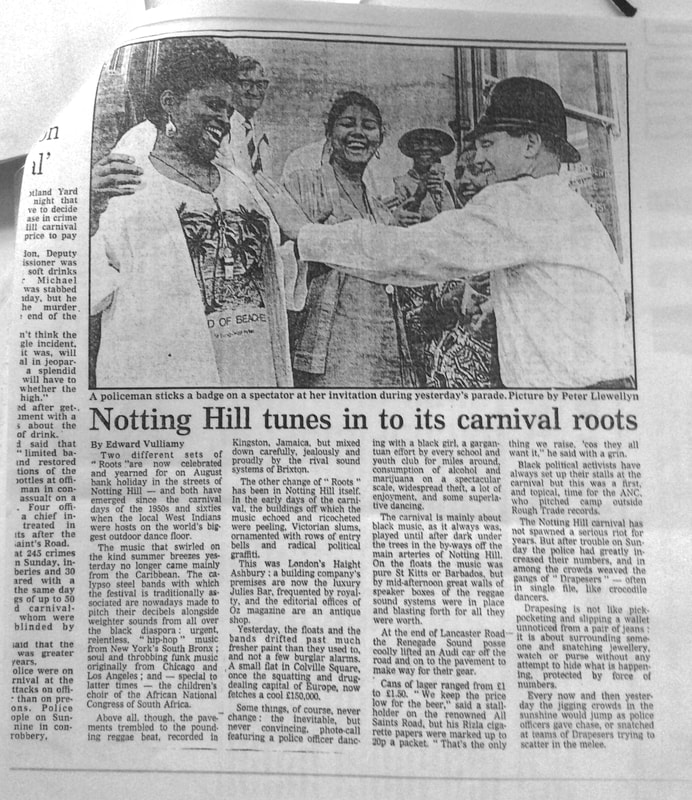 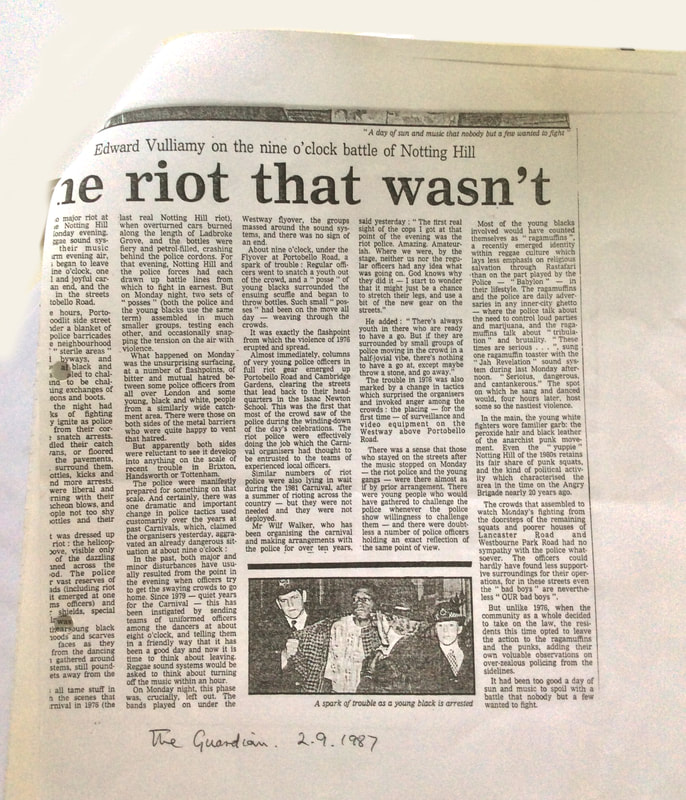 The Riot that wasn't 1987
Myrna with Maggie Tyler - stories of people from the Caribbean arriving in Britain, The Mother Country up to the 1970s and the situations they encountered.
https://fromhometohomepp.weebly.com/
HOME       ABOUT     I REMEMBER    LIVING IN THE AREA   STORIES Hare Krishna   ADVENTURES  1970S HISTORY   GLASTONBURY   YVONNE BOX NUMBER
contact The Fool ​​