The Fool a designer women’s hippie fashion company started in 1973 with a little bit of magic. The Fool caught the zeitgeist, the spirit of the time.
Why The Fool?  The World is a strange and foolish place. The Fool knows that what is seen as wise at one time can be seen as foolish at another.
​The Fool throughout history comes to be seen as a beholder of wisdom.
Can we ever convey a time that is other than the one we live in? We barely register the changes from year to year, as like a wave rippling on to a shore the currents change imperceptibly. Our yardstick of what we think of as good or bad, acceptable or unacceptable change. Trying to express it, however, allows us to see where we are today and where we have come from, without judgment but simply to pay attention to how our thinking and worldview has changed without us noticing it. 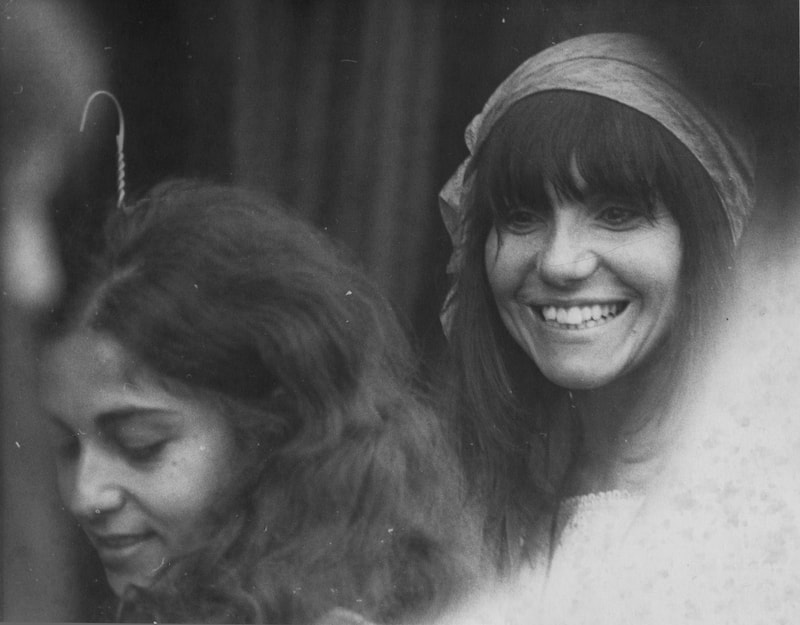 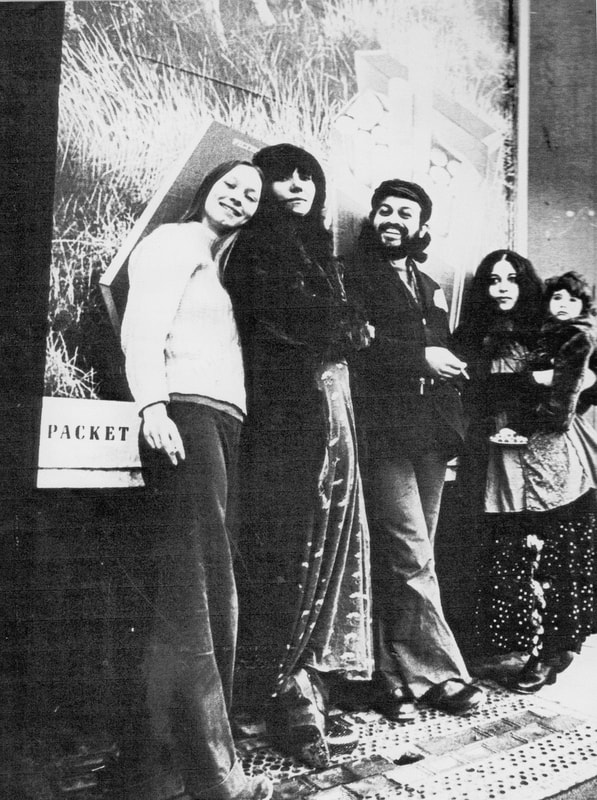 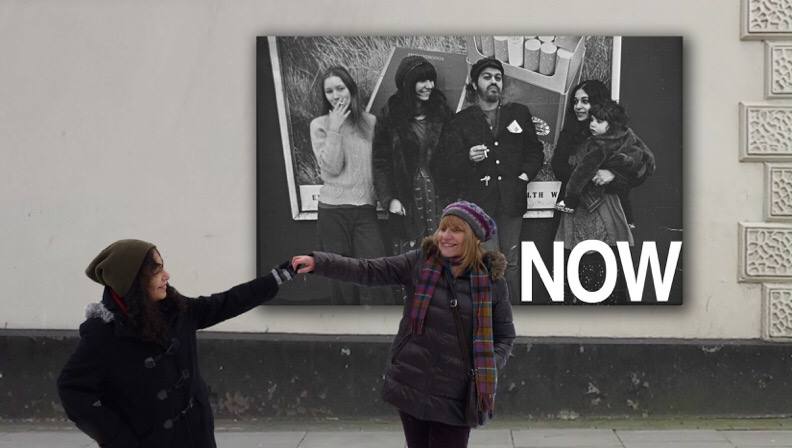 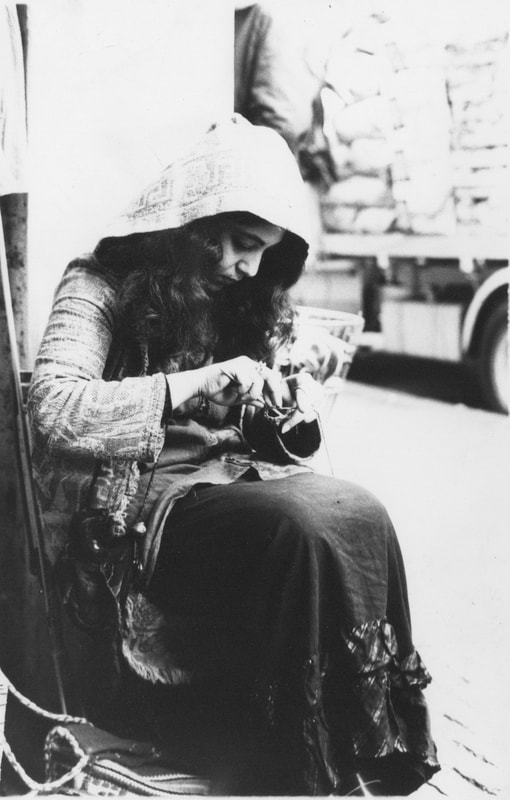 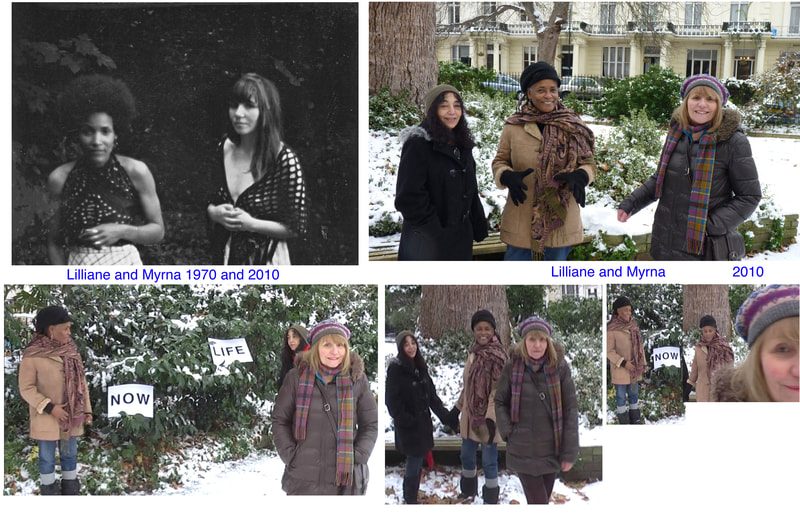 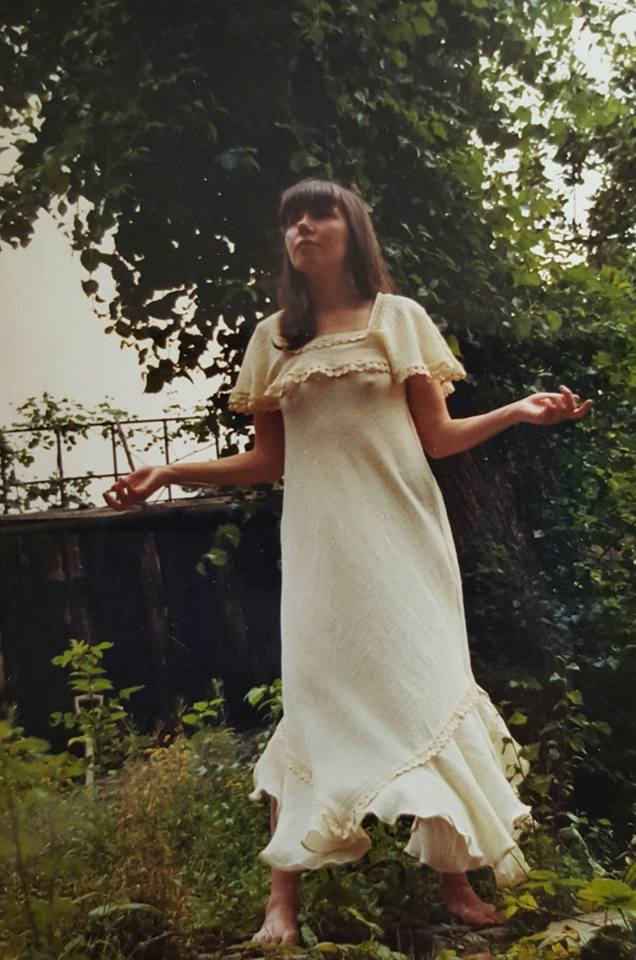 Photos of some of The Fools, Ruti, Myrna and Aury
The Fool designed manufactured and sold colourful, flowing, lacy hippie style women’s clothes around The Portobello Road area and later on around the UK and Europe at a time of great change. ​From Aden, Manchester, Eritrea, Cheetham Hill, Scotland, Clydebank, Dvinsk, Russia, Ruti, Myrna and Aury set up The Fool.
They viewed their huge cultural differences as an asset and made use of their different life experiences , different expectations to make the project of The Fool work.

​This hotchpotch combination made the magic happen brought the spark alive and created a successful entrepreneurial business. ​​​
Beyond the current trend of Mary Quant and Biba, The Fool operated in a different way again.They set up from a back street run down shop with an incredibly low rent in street off Westbourne Park Road, West London from where the 3 of them all lived with their children.The way they lived and worked was different from others of their generation. Many of their peers had a conventional life style, a job, a family, a house and a weeks UK holiday a year. Myrna Ruti and Aury broke away from the expected behaviour from their family background. This allowed them to be open to different ways of seeing and doing things.  See History
The area around The Fool was poor in the 1970s. It was very working class then, similar to the East End of London, like Call the Midwife.
Rag and bone men in their horse drawn carts wandered around the streets. In a way this area was the the end of a Victorian, Edwardian era with such poverty that people wouldn’t believe today. see Living in the area
It was so cold living at The Fool that Ruti, Myrna and Aury lived and worked with their outdoor coats on all day long. There was barely any heating in the place. They had a paraffin heater or a single bar electric heater. The machinists had a one bar electric heater to warm their work area. Back in 1970 most heat in homes was lost up the chimney because of open coal fires or uninsulated walls and roofs.
We never noticed how poor our surroundings were. We put up with being permanently freezing cold in winter as we knew no different. I can't remember any of the places we visited having central heating at that time - Myrna
There were different smells during that time. In the 1960s and even into the 1970s and 1980s smoking was permitted nearly everywhere: smokers could light up at work, in hospitals, in school buildings, in pubs, in restaurants, in cinemas, theatres, on television, and even on buses, trains and planes. Smoking was integral to every day life. Un-emptied ashtrays were all over the place at The Fool.  Many of the workers as well as Aury smoked heavily. Myrna as one of the non smokers had no choice but to put up with it. Smoking was the norm.
The Fool was a female powerhouse..... the ideas, the inspiration, the innovation, the sheer hard graft, the humour, the bonds of friendship..... all women. A unique and joyous experience for me at least - Liza
The Fool Wisdom  Myrna and Ruti  worked 24 / 7 going down to the workshop any time of the day or night or weekends excited with an idea they wanted to try out. They learnt that to make a successful entrepreneurial business you have to put full energy into it. If  they had worked 9-to-5 hours they would never have got the project off its feet.
HOME       ABOUT     I REMEMBER    LIVING IN THE AREA   STORIES Hare Krishna  ADVENTURES  1970S HISTORY   GLASTONBURY   YVONNE BOX NUMBER
contact The Fool ​